It’s a rainy day here in Orlando which means it’s a good time to write about my adventures traveling through England! In all fairness though, while I was there during my 2007 summer in Europe with my friend, Teresa, we couldn’t have asked for better weather. England was pretty kind to us in that department (exchange rate/high costs of EVERYTHING were another story…).

Our time in England started with a wonderful week in London. Although neither of us were ready to leave the city after seven days, our rental car was awaiting to take us on some adventures through the English countryside, driving on the “wrong” side of the road! 🙂

I had reserved a car in advance and selected the most economic choice (aka cheapest) so we were pretty excited when we discovered we had been upgraded to a sweet convertible!

(If I had Photoshop and knew how to use it, I would no longer be in this photo…oh well)

After loading our bags into the car, I got behind the wheel and proceeded to take, oh, 10 minutes or so to turn right out of the parking lot (it took that long until there were absolutely NO cars coming in either direction 😛 ).

I have to say, it is so weird driving on the opposite side of the road and sitting in the opposite side of the car from what I’m used to! Our first day was a little rough, me constantly shouting out to Teresa, “How close am I to that car??? I think I’m going to hit it!!! AM I GOING TO HIT THAT CAR???” as I tried to maneuver through the narrow streets lined with parked cars. But we eventually got the hang of it and were driving like native Englishwomen after a couple of days!

After getting lost first thing out of the gate, we finally made it onto a highway, and after a couple more wrong turns and a trip into a restaurant to ask for directions, we finally found our first stop: Basildon Park. 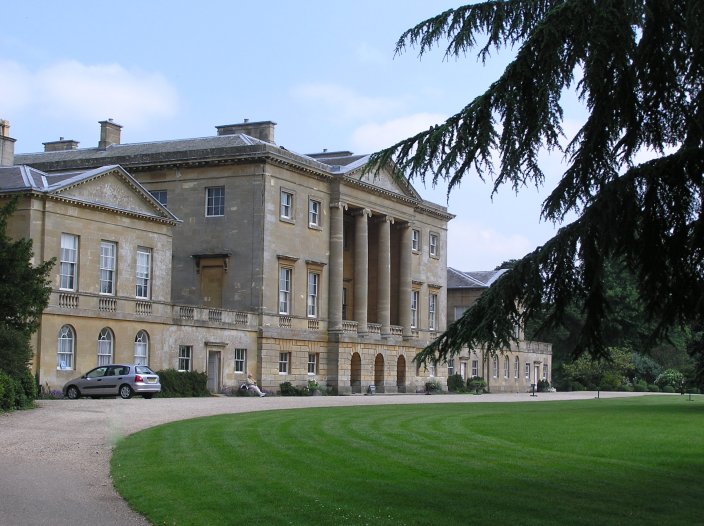 Teresa and I are both fans of the movie Pride & Prejudice starring Keira Knightley. I am also a huge fan of the book (as well as all of Jane Austen’s novels). Somewhere I had stumbled across a map of sorts that showed all of the filming locations of the movie and we thought it would be fun to visit as many locations as we could. So this was our Pride & Prejudice tour of England! 🙂

Basildon Park was used as Netherfield Park in the movie and it was so cool being there and recognizing rooms from the film! The home was built in the late 1700’s, was completely restored in the mid-1950’s, and sits on 400 acres of beautiful parkland. 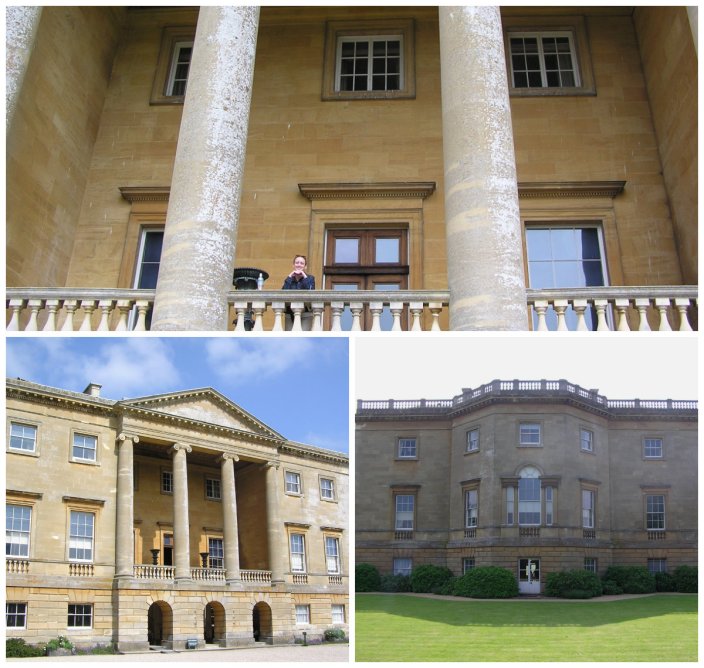 First on our agenda, as it so often is, was lunch. Since this was my birthday, Teresa treated me to a lovely lunch in the tea-room on the first floor of the home. Once finished with our quiches and salads, we headed upstairs to explore the home.

As we strolled from room to room, we kept waiting for Mr. Darcy to appear but alas, he never did. 😦

I kept noticing that many of the chairs in the home had a pine cone on them. I finally asked one of the ladies who worked there why pine cones had been placed on the chairs and she answered with a question, “Have you ever seen The Sound of Music?” Ah! Why, yes I had, and now I understood.

If you haven’t seen the movie, there is a scene where Maria sits in a chair that, unbeknownst to her, has a large pine cone resting on it. Needless to say, she is quite shocked and quickly removes the sharp object because, who wants to sit on a pinecone? Which is why they have been placed on the chairs in Basildon Park – to prevent guests from sitting on them. 🙂

Anyway, we thoroughly enjoyed walking through the large home and recognizing rooms from the movie. We then ventured outside to explore the gardens for a bit. 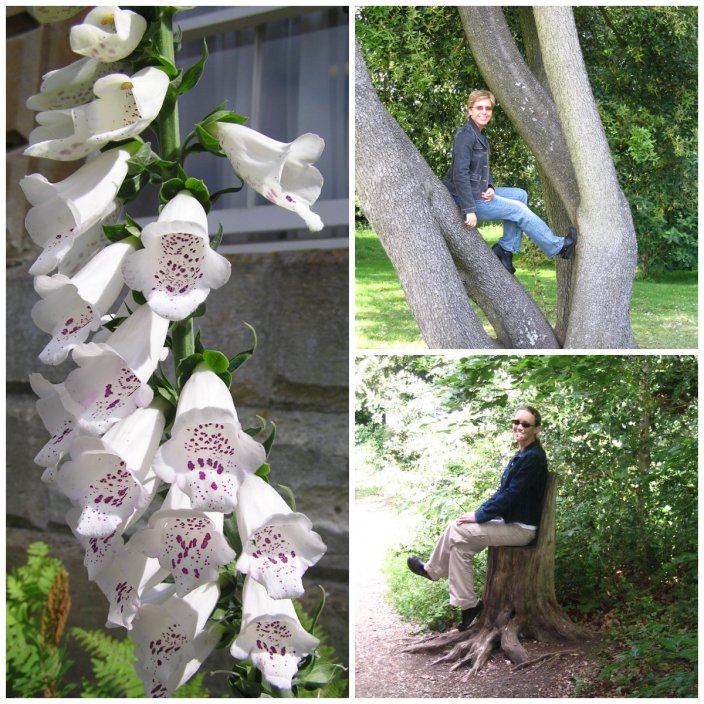 Teresa took over the driving from here and brought us to Stonehenge (after a few more wrong turns and a trip into a gas station to ask for directions).

We arrived thirty minutes before the area closed to visitors so we quickly picked up audio guides and walked around the large, prehistoric masses, learning about their history and the mystery surrounding them. So fascinating!

Back in the car to head to our final stop for the evening, Bath. I’m sure it’s quite obvious by now that we did not have a detailed map with us. Which is kind of a crucial thing to have whilst traveling by car in foreign lands (or any land). Which is why, once entering Bath, we spent nearly an hour driving around trying to find the YMCA where we had reservations for the night. We were a bit frustrated, and the streets were very confusing (and narrow!) with many of them one-way, and we were still driving on the “wrong” side of the road.

But, we finally found it, parked our car, checked in, then headed out to have some birthday dessert at the Wagamama across the street. 🙂

Despite the stresses of our first time driving in England, we had a wonderful day and made some fun memories!

While in Bath we stayed at the YMCA in a 14-bed female dorm. This place was a bit “calmer” than the Astor Victoria in London but perhaps a bit more dated (although the bathrooms looked to have been recently updated). There are private and family rooms as well as the dorm rooms.

Current rates for a dorm bed are £22 and include breakfast, WiFi, linens, and laundry facilities. It is located in the heart of Bath and just a few blocks from the actual Roman baths. I would definitely stay there again for the location and the price – can’t be beat!

We rented our car through Auto Europe. I had researched many rental car companies and all were quite expensive for a week’s rental in England. Especially since we  needed an automatic car. The cheapest option I found was through Auto Europe and they were great. Highly recommend.

If you are from a country that does not drive on the left side of the road, don’t let that prevent you from driving in England! You will get the hang of it. By the end of the week I was driving our car along the narrow, traffic-filled streets of busy Edinburgh with no problem! And don’t worry about roundabouts either – although I might have described them as “scary” in my journal, they are actually pretty ingenious and I grew to love them. 🙂