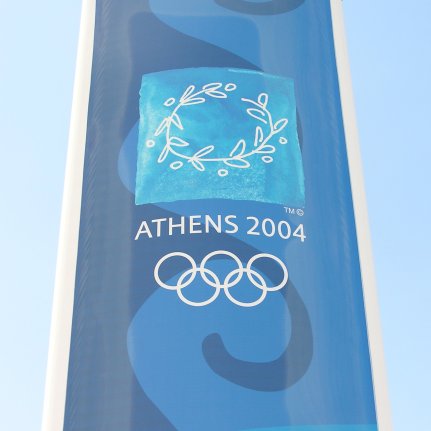 But moving on! 🙂 I ignored my alarm clock on my second morning in Athens during my 2007 summer in Europe, so Teresa went down to breakfast without me, promising to bring me back something to eat. A little while later she came back with a piece of bread and cheese. A piece of bread. And a piece of cheese. Um, Teresa? Do you know me and my voracious appetite at all? 😛 After eating these morsels we headed out, and hopped on the Athens Sightseeing Bus (the tickets we had bought the day before were good for 24 hours), and made our way back to the Acropolis area to visit Ancient Agora.

The Agora was the center of ancient Athens – the home of political, commercial, administrative and social activity. It was also used as a residential and burial area as early as 3000 BC! Does anyone else find that incredible? Its current layout was completed in the 2nd century BC.

We walked around the ruins, amazed by the fact that everything around us was here centuries before Christ. Per usual when I’m surrounded by ancient ruins, I so wished I could go back in time and see what it looked like when it was intact – the heart of Athens.

We didn’t spend a lot of time there as it felt like the temperature this day was even hotter than the day before if that’s at all possible! It was pretty unbearable. So we decided to find someplace cool to grab a bite to eat then made our way to the metro and took it to the Athens Olympic Sports Complex.

I must say, it was so exciting exiting the metro and walking up to this huge complex where the previous (2004) summer Olympics had been held! There weren’t many people around and we just walked right through the gates and to the outdoor swimming pool. We tried to enter the arena where we thought the gymnastics competition had taken place but all the doors were locked. 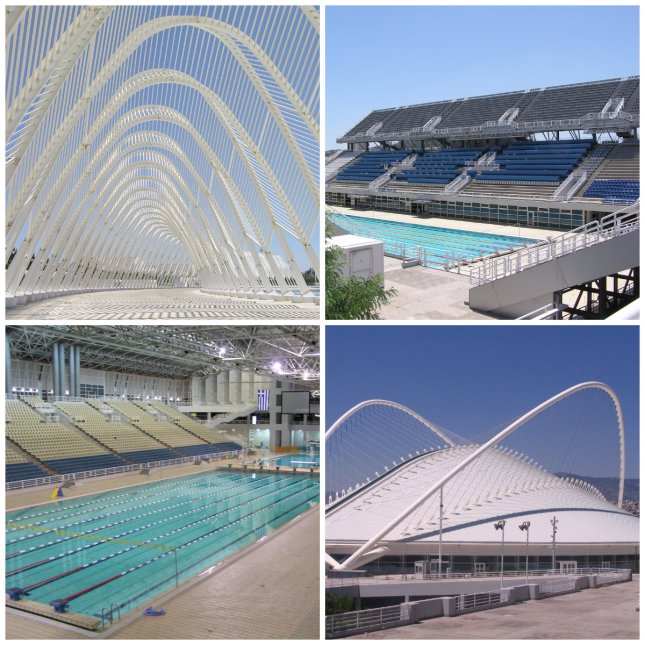 We did manage to find an unlocked door that lead into the indoor swimming pool so we took a look at that and took some pictures. Next up was the Olympic Stadium. We weren’t sure if we were even allowed inside but thought we’d give it a shot anyway! The trick is to act like you belong and know what you’re doing. 😉 We entered an unlocked door that lead to some offices, walked through them and out into the stadium, not meeting one single person.

It was so cool sitting in there! (Clarification: “cool” as in very neat; not “cool” as it pertains to the temperature, unfortunately) I just kept wishing I could have been there during the actual Olympic games. Although it was the summer Olympics and I probably wouldn’t have survived the blazing temperatures.

Leaving the Olympic complex, we made our way back into the city and to our hotel where we cooled off for a bit, then headed out again for dinner. And decided on…KFC. That’s right, eating Kentucky Fried Chicken in Athens, Greece. 🙂 We finished our evening with yummy ice cream treats. 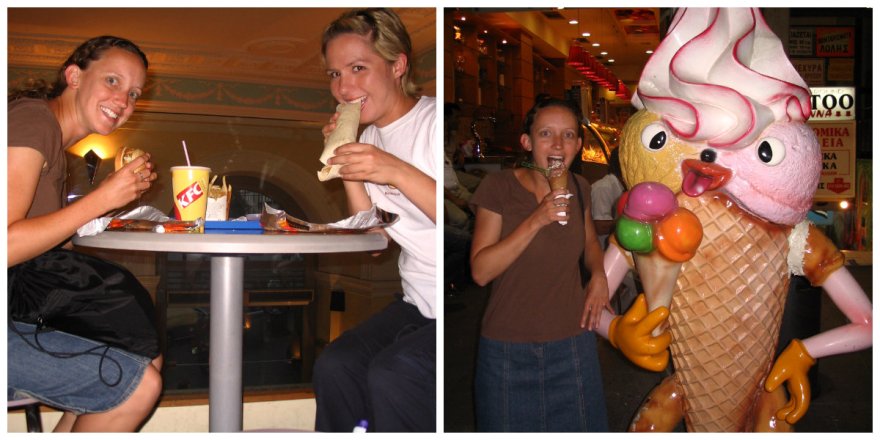 The following day we made our way to the island of Aegina and enjoyed a few days of utter relaxation by the sea.