Competing in The Amazing Race (…for Charity)

My friend, Teresa, and I are huge fans of the CBS show The Amazing Race and would love to compete on the show some day. That being said, when Teresa heard about the lesser known Amazing Race for Charity, we both knew we had to sign up! Based on the hit TV show, this race originated in Loveland, Ohio and has been an annual event for eight years, raising almost half a million dollars. And now it’s been brought to Florida!

Our fun race weekend started on a Friday as we made our way after work to downtown Eustis, located about an hour outside of Orlando. Eustis holds a First Friday Street Party every first Friday of the month where they shut down streets to pedestrian traffic only, and people enjoy walking around, visiting various booths/vendors, and listening to live music.

But what I enjoyed the most on this evening was the beautiful sunset over Lake Eustis. 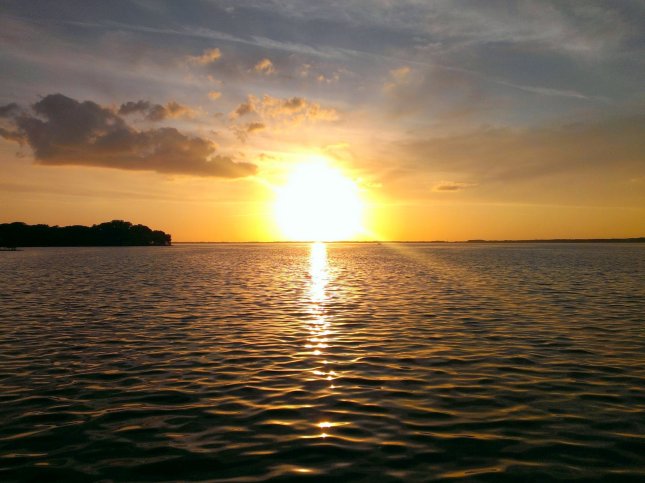 It was so beautiful and I just couldn’t stop taking pictures! We hung out by the lake for a bit, enjoying the absolutely perfect weather, then decided to drive to Mount Dora, about ten minutes away. I’ve lived in Central Florida for most of my life but had never visited Mount Dora before. Boy had I been missing out on a really quaint town! Mount Dora is located on a beautiful lake (lots of lakes in these parts! 🙂 ) and is famous for it’s many antique shops.

We parked our car and headed out on foot. With so many dining options it was hard to settle on a place to eat but we finally decided to try the German fare offered at The Bavarian Haus. The fun music and delicious aroma coming from the restaurant might have contributed to that decision. Of course once we were seated, the lederhosen-clad accordion player packed up for the evening and headed home. 😦

Eating at this restaurant reminded me of being in Germany and some of the places we dined at there. Traditional music was playing (not live, unfortunately), the menu items were written in German, and the waitresses wore dirndls. Recalling some amazing, fresh noodles I had while in Germany, I ordered Käsespätzle mit Salat (homemade German pasta with German cheese, roasted onion, and salad). Teresa ordered Hähnchenschnitzel (chicken schnitzel) which was seriously the size of her head. 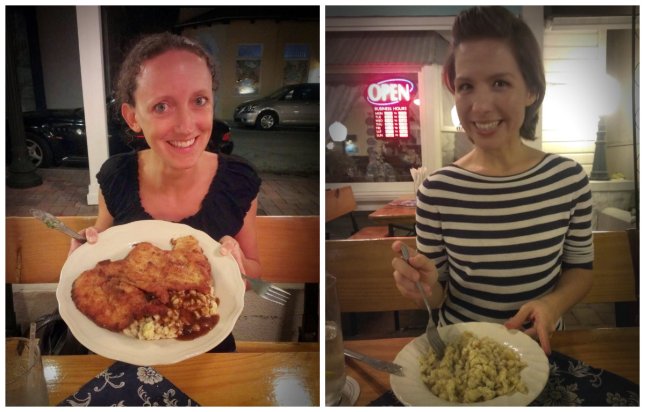 Both dishes were a bit on the heavy side and I only finished half of my pasta. What I was really looking forward to was dessert and one of my favorites: apple strudel with vanilla sauce! Oh yeah. Teresa had a slice of black forrest cake and neither of us had any trouble eating every last crumb of those dishes! 🙂

Our bellies more than full, we made our way to the home of some friends who graciously let us bunk there for the night.

The next morning we headed out again and were at the start line of the race a bit before 10:00. The two-person teams had staggered start times, and after the last two races I ran, we were both more than happy to get the quite reasonable start time of 10:06. 🙂 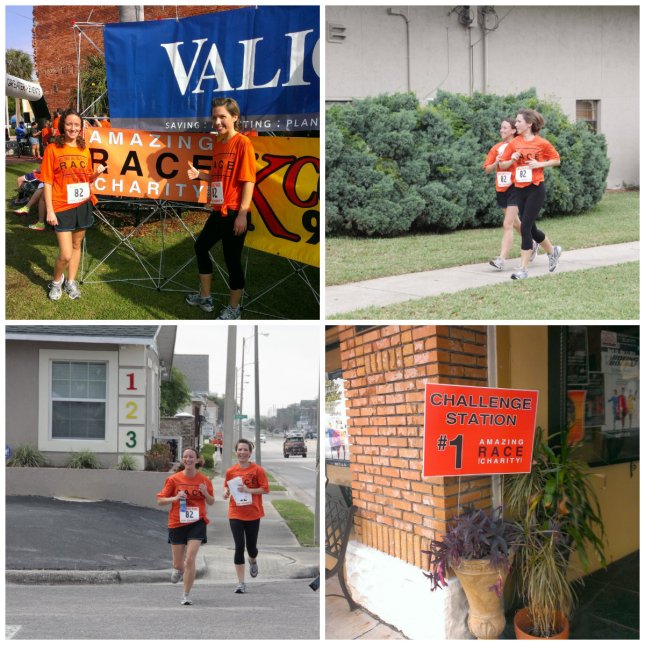 This race covered about six miles on foot and included 20 challenges. Some of those challenges were:

Competing in “Chubby Bunny” with another team (That would be putting as many marshmallows in your mouth as you can while still being able to say the words “chubby bunny”. I lost quite spectacularly – both the challenge and nearly my life. The woman on the other team was a beast I tell you!)

Schlepping heavy boxes from one pallet to another (I was complimented on my excellent box-lifting form. Yes! Life objective achieved! 😉 ) 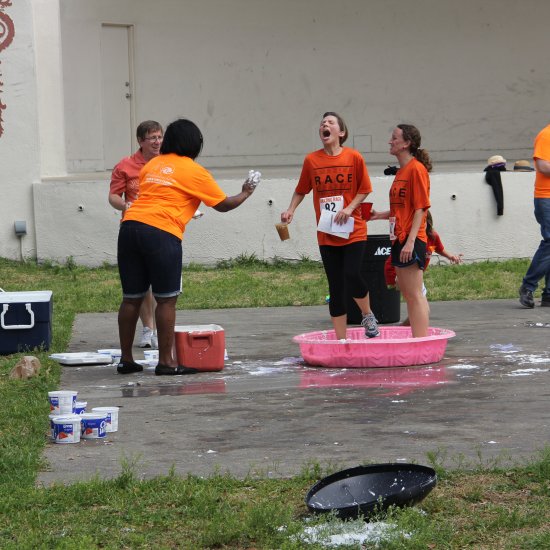 An iced coffee bath (Do you think my face adequately expresses how cold this actually was? Hmm…I’m not sure. 😛 )

We had such a good time competing in this fun race! There were so many more challenges but I don’t have photos of them and after much internal debate decided not to list them all. Sorry! 🙂

We crossed the finish line exhausted and dirty but with smiles on our faces. Oh, and we finished third in the female/female team division and 15th overall! Not too shabby!

If our faces look a bit flushed, it’s because one of the challenges involved makeup. 😉 Go Team Tortoise and the Hare!

Since we were already hot, dirty and smelly (sorry, but we were!), we decided to spend some more time outdoors and stopped at Tom West’s Blueberry Farm on the way home to pick some fresh blueberries! Neither of us had ever picked blueberries before and we both enjoyed the task. 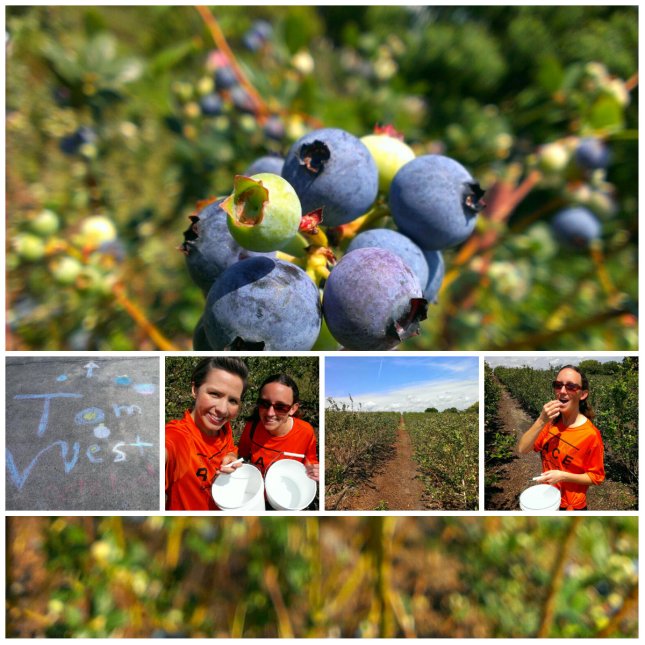 This was the first day the farm was open for visitors to pick their own blueberries so a lot of the berries weren’t quite ripe yet. But we both still managed to fill our buckets! And our tummies (eating as you go is not only allowed but encouraged). Yum yum!!! I just love blueberries!

And that concludes our very busy, yet very enjoyable race weekend! Can’t wait for the 2015 Amazing Race for Charity (taking place on April 11, 2015 for those who might be interested)! 🙂