Isn’t it interesting how friendships are formed? You can meet a perfect stranger (or nearly stranger) and within days you are friends for life. I love how that works. 🙂 And although it hasn’t happened often in my life, it happened twice during my 2007 summer in Europe.

While planning my European adventure, I was given the names of various “friends of friends” who lived over there. Now, I’m typically not a person who relishes meeting new people, or at least spending extensive time with people I don’t know. But knowing that I was going to be traveling through lands unknown (to me), surrounded by people unknown (to me) for ten weeks, I thought it might be comforting to meet up with the occasional friendly face (or at least a face that is familiar to someone I know). 🙂

The first of these encounters started with a train ride from Lausanne, Switzerland to Albertville, France. I would like to mention that this trip, which consisted of multiple train changes, included a stop in Culoz, France, and what I believe is the oldest, most out-of-date train station I’ve been to. I loved it! We had a two-hour layover and were the only living souls there, but we made the best of it.

We finally arrived in Albertville and were met at the train station by Patty. Patty, her husband, Vance, and their family, had attended the same church as I did in Orlando, and their son was good friends with my brother. I had never really had much interaction with them prior to this trip, but when I found out they were now attending language school in France, I contacted them about the possibility of a visit. And that’s where one lifelong friendship began.

Besides the fact that they spoiled us ridiculously (insisting we use their bedroom, home-cooked meals everyday, personal tour guides), we had so much fun with them and laughed til we cried on many occasions!

After loading our luggage into the car, Patty took us on a quick “tour” of town, including Conflans, which is a medieval town that sits above Albertville. 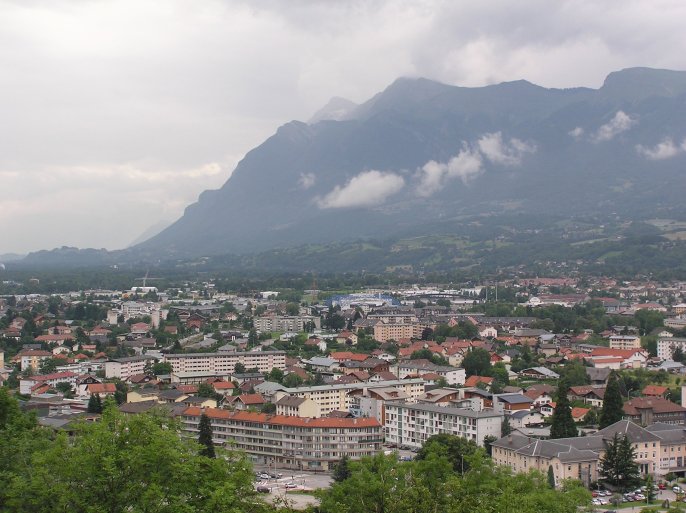 On to their apartment, where we dragged our luggage up four flights of stairs then settled in a bit. The evening was spent enjoying a home-cooked dinner, meeting the rest of the family, and trying to devise a way to sneak their dog out of the country and into my home. 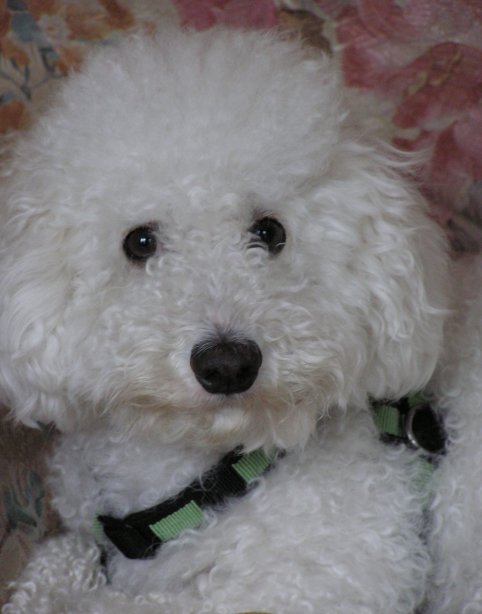 Goliath – cuteness wrapped up in fur

Our first few days in Albertville were not very kind to us weather-wise, so the next day we spent a lot of time doing indoor activities. First was a trip to Géant Casino, a large “hypermarket,” similar to a SuperTarget. This was the first of these type of stores I had visited in Europe and I was a bit in awe.

Next was a trip to The House of the Winter Olympic Games – a museum in the heart of town. Albertville played host to the 1992 Winter Games and this museum focuses mainly on those games. I love watching the Olympics every two years, and I really enjoyed walking through here and seeing the various objects and videos from 1992. 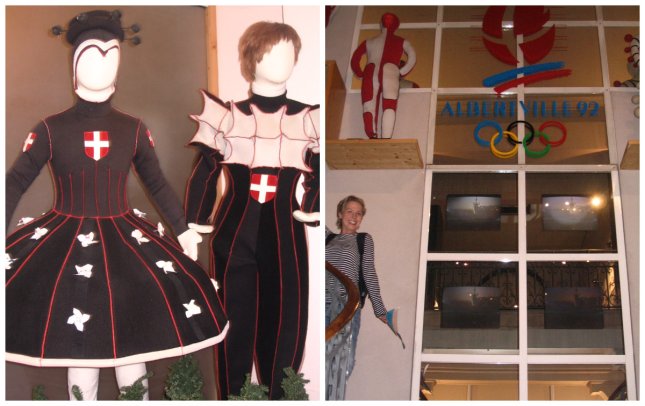 Back at the apartment, we enjoyed another lovely, home-cooked meal, and another late night filled with conversation and laughter.

More on my time in Albertville in a few days. But first…

The Best Medicine (that would be…laughter)

I think I’ve already mentioned a couple of times that our visit with Vance and Patty included much laughter. Since I hadn’t spent time with them prior to this trip, I had no idea what pranksters they were. But our first night there quickly revealed their dark side.

They had graciously lent us their bedroom for our stay with them, and had separated the queen bed into two twins and laid out fresh towels on each bed. It wasn’t until around midnight that we finally started getting ready for bed. I moved the stack of folded towels off my bed and saw this: 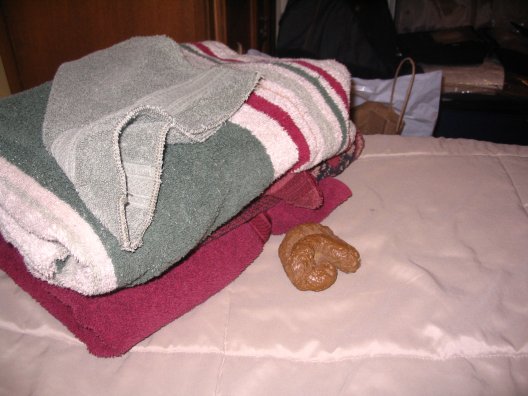 I just stood there, frozen, staring at this obviously fresh pile of doggy…well, you-know-what. I pointed it out to Teresa, and was just so embarrassed for Patty that she had gone to such lengths to welcome us, and then her dog goes and relieves himself on my bed.

We debated about whether we should tell Patty or just take care of it ourselves. As I stood there holding the towels and staring at this gift from the dog, it dawned on me that I didn’t smell anything. And this stuff looked fresh. I leaned down closer to it and still didn’t smell anything. So I took one of the towels and used it to nudge the pile a bit. And discovered that this wasn’t a gift from Goliath, and we had just been had by Patty. Teresa and I almost had a heart attack laughing over our extreme concern regarding a plastic pile of poop. Ahh…good times! 🙂