More Explorations with Friends in France

My last few days with new friends Vance and Patty were as full of fun and laughter as the first few days! We decided to take another day trip and this one took us to the town of Annecy, which is located about 45 minutes outside of Albertville. Annecy is situated on a lake and is absolutely beautiful! Our first order of business was to buy some crêpes! We went to a crêperie and watched a professional show us how to make the perfect French pancake (scroll down to the end of this post to see how much we didn’t pay attention). Yum!!

After satisfying ourselves with crêpes, we walked around the Old Town, visiting some churches and lots of shops. Annecy has such a lovely atmosphere! Not ready to call it quits with French yumminess just yet, we bought a giant pain au chocolat and meringue cookie, and split them both four ways. Double yum!! 🙂 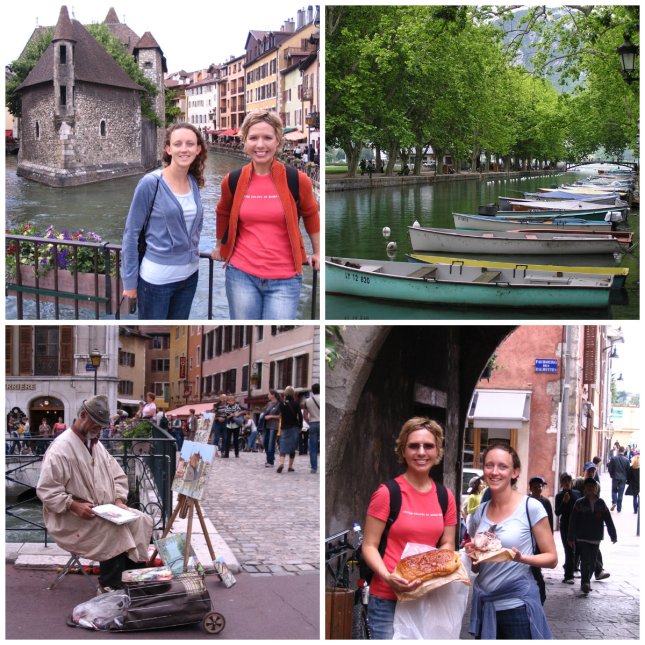 We walked along the lake for a bit then found our car and headed back home where Teresa and I treated our hosts to a home-cooked meal.

The next day we made our way back to the same area and visited the Menthon Chateau located in the town of Menthon-Saint-Bernard, which sits high above Lake Annecy. This was a fun castle to tour as there were characters in period costumes in each room acting out various scenes. The actors only spoke French, but it was still amusing and a nice change from just wandering around on our own. The castle is still lived in today and was very enjoyable to tour.

That evening we attended the 32nd Annual International Festival of Military Music at the Olympic Hall in Albertville. It was actually quite enjoyable and most of the bands were really good. We saw military bands from the United Arab Emirates, Canada, Germany, Austria, Russia, the Netherlands, and Portugal. 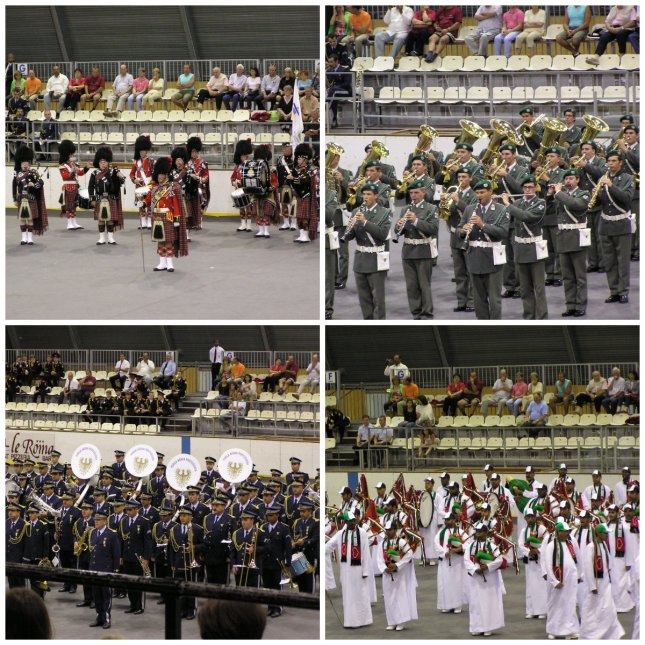 After the musical entertainment, we all headed outside where we were treated to a fireworks display and the lighting of the 1992 Olympic torch. I was just a little bit excited about that. 🙂

The following day was Sunday and was, of course, another packed day. 🙂 We joined Vance and Patty for church services, and it was a really neat experience to attend a service that took place in another language.

After lunch, Vance and Patty’s friend and language tutor, Meraille, joined us for a jaunt to Challes-les-Eaux, where a “Cajun” music festival was apparently taking place. We had a hard time finding the festivities but eventually stumbled upon a restaurant where a live band was playing, and maybe ten people were sitting at the tables listening. It didn’t seem like much of a “festival” to us, but we sat down and ordered some hot chocolate anyway.

The band looked and sounded like they had come straight from the mountains of Tennessee. Except, of course, that they were singing in French. It was actually quite fun listening to them.

We left there and walked around until we finally found a gymnasium where most of the festivities had taken place. We made it in time for the last act and joined in on some of the impromptu dancing.

We made a few more stops on the way back to Albertville, the first of which was a vineyard. I had never walked through a vineyard before, and it was very enjoyable walking through the rows and rows of grape vines. I couldn’t stop taking pictures of the grapes, vines, and leaves! So beautiful. 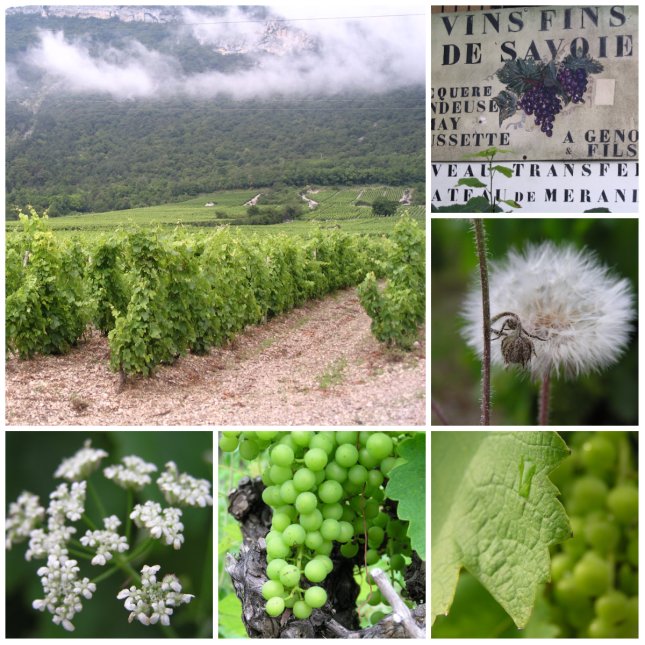 Leaving the vineyard, we followed signs to a wine cave which ended up being closed, but we visited the place where the wine is bottled instead. The people who worked there were so nice and took us on a little tour of the bottling plant while explaining the process.

A couple more stops at a sunflower field and a small archaeological site, and it was back home in time for dinner.

Our final day with our wonderful hosts was pretty lazy. We started the morning with make-your-own crêpes, and I think it’s pretty obvious from these photos that Teresa and I have a long way to go before opening our own crêperie. 🙂

The rest of the day was spent organizing, packing, and eating one last home-cooked meal before heading off to Rome. My time spent with this family was one of the most enjoyable parts of my 2007 summer in Europe!